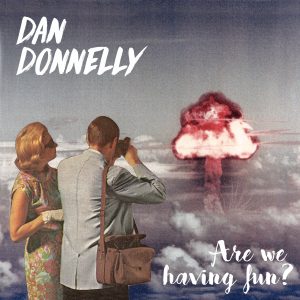 Are  We Having Fun? is the Fifth solo studio album by Dan Donnelly. Dan is a Northern Irish singer and songwriter that has toured the globe for many years and collaborated with bands such as The Levellers, The Wonder Stuff, The Oyster Band and many more.

Are We Having Fun?, finds Donnelly dealing with more global issues and political topics unlike his previous records. The banjo and fiddle driven rock is reminiscent of his roots as an Irish mandolin player but embraces the harder sound that he has crafted while playing as a member of the aforementioned folk rock bands.