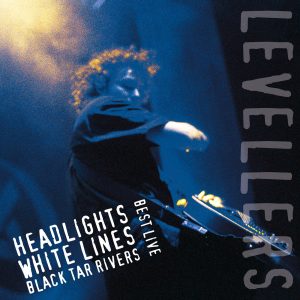 Having recorded every show on the 50 date ‘Zeitgeist’ tour of 1995, hundreds of hours of live performances were pored over to produce the definitive Levellers Live album of its time.

True to form, the band chose the lyrics of ‘The Road’ for the album title but the label, China Records, wanted the words ‘Best’ and ‘Live’ in the title to imply exactly what was in the tin. A stand off ensued until a compromise was found….to include everything….and the album was released in August 1996, reaching #13 in the album charts.

Previously unavailable on vinyl, Jon Sevink has delighted in mastering the original 1/2” analogue tapes of ‘Headlights’ for its debut release as a double LP.