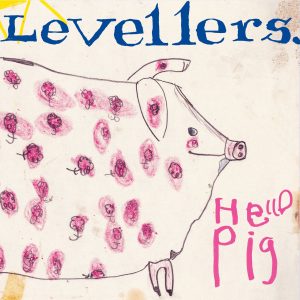 On HELLO PIG, the Levellers had had enough of being told to write three minute pop singles and delivered an album that new label Warner Music neither understood or liked. Their marketing strategy was….to not have one. Subsequently, band and label fell out, parted company, and the album peaked at #28 in September 2000.

Featuring the sublime hit single, Happy Birthday Revolution, the epic tragedy of 61Minutes of Pleading and the beautiful Edge of The World, this reissue will prompt the long overdue reappraisal that this album deserves

Available on vinyl for the first time ever, the album has been remastered Jon Sevink from the original 1/2” analogue tapes and has never sounded so…experimental!

HELLO PIG comes as a pig pink 2LP vinyl set packaged with a previously unreleased live album from the 2000 tour.