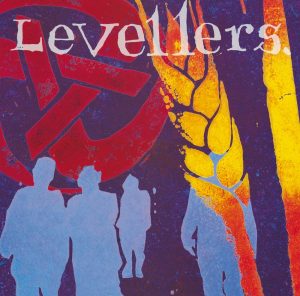 In time honoured record company behaviour, the band were under pressure to record a quick follow up to capitalise on the success of Levelling The Land.

And they delivered! Featuring the blistering Belarus and original versions of Julie and This Garden, LEVELLERS entered the album chart at #2 in August 1993.

Unavailable on vinyl for over 20 years, the album has been remastered by Jon Sevink from the original 1/2” analogue tapes and has never sounded so good!

Side 2 – This Garden / Broken Circles / Julie / The Player / Belarus