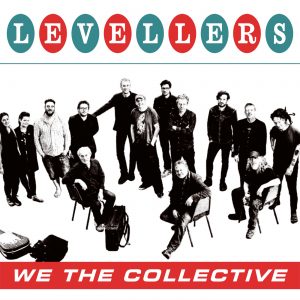 Kicking off celebrations for their 30th anniversary in 2018 will be ‘We The Collective’.

Levellers enlisted legendary producer John Leckie (Radiohead, The Stone Roses) to help develop new acoustic arrangements for eight of their previous singles including Liberty, Hope Street and One Way which they recorded straight to tape at the world-famous Abbey Road Studios.

They also recorded two brand new songs ͚The Shame͛ and ͚Drug Bust McGee͛ and the result is 10 track album ͚We The Collective͛ which will be released on Deluxe CD and Vinyl on 09 March 2018 on the band͛s own On The Fiddle Recordings label.