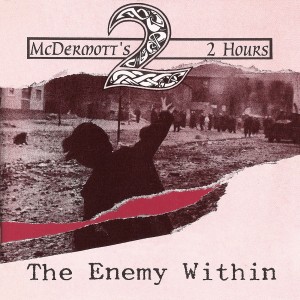 The Enemy Within (first released in 1989) was the only album made by the original McDermott’s line-up, but was enough to secure the band a permanent place in the history of folk-rock, cited by Sean McGhee as one of his three favourite recordings of all time. ‘ A record that stands as a milestone in the development of new folk and as such is an essential purchase.’ (Rock ‘n’ Reel).