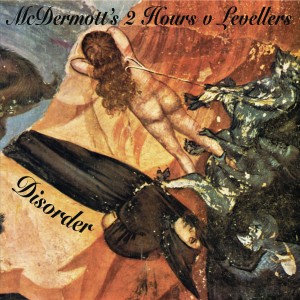 Disorder – originally released in 2004 was the third collaborative effort between members of McDermott’s Two Hours and the Levellers. The album is a deeply articulate, compelling journey through political and personal disorder where traditional and contemporary music vigorously embrace. Among deft arrangements for a whole range of instruments an unnervingly passionate voice calls to be heard.